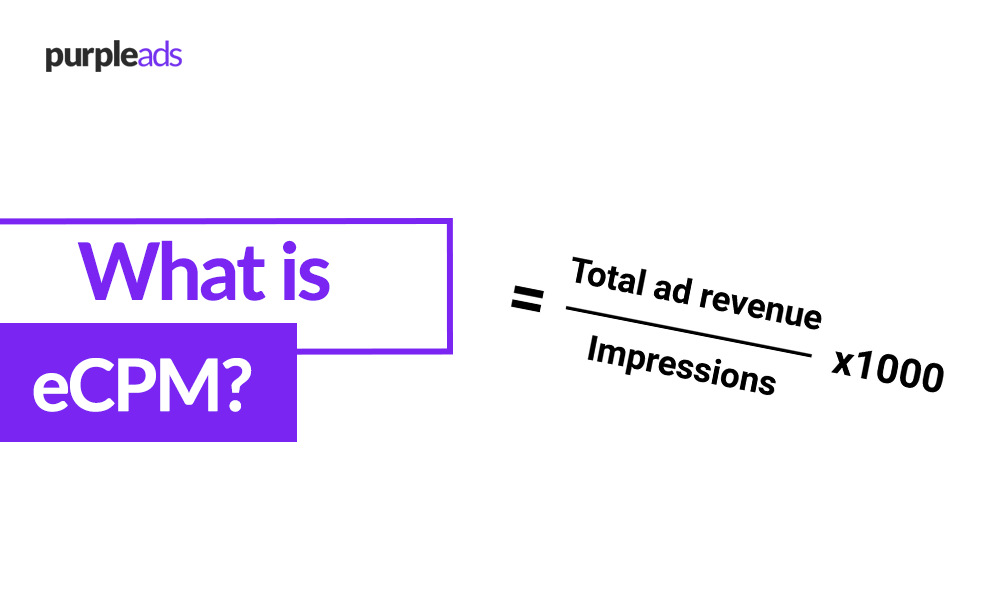 If you’re a digital advertiser or publisher, you’ve probably heard of the term “ECPM” before. But do you really understand what it means and how to calculate it? ECPM, or effective cost per mille (mille being the Latin word for thousand), is a key metric used to measure the profitability of an ad campaign or the value of a particular advertising inventory. In this blog post, we’ll delve into the definition and importance of ECPM, as well as provide a step-by-step guide on how to calculate it.

ECPM is a metric that reflects the average revenue earned for every thousand impressions of an ad. It’s a way to compare the effectiveness of different ad placements or campaigns, as it takes into account both the cost and the number of impressions.

As you can see, despite having fewer impressions, Campaign A actually had a higher ECPM, indicating that it was more profitable.

Why is ECPM important?

ECPM is important for both advertisers and publishers, as it helps them understand the value of their ad inventory and optimize their ad campaigns for maximum profitability.

For advertisers, ECPM is a key metric to measure the return on investment (ROI) of their ad campaigns. By calculating the ECPM for each ad placement or campaign, advertisers can determine which ones are the most effective and allocate their budget accordingly.

For publishers, ECPM is a way to measure the value of their ad inventory and negotiate better rates with advertisers. By understanding the ECPM of their ad placements, publishers can determine which ones are the most valuable and charge a higher price for them.

There are several factors that can impact the ECPM of an ad campaign or placement:

How to calculate ECPM

Step 1: Determine the cost of the ad campaign or placement

The first step in calculating ECPM is to determine the cost of the ad campaign or placement. This includes any fees or commissions paid to the publisher or ad network.

Step 2: Determine the number of impressions

The next step is to determine the number of impressions generated by the ad campaign or placement. This can be calculated by dividing the total number of clicks by the CTR (click-through rate).

Step 3: Divide the cost by the number of impressions

Finally, multiply the CPI by 1,000 to get the ECPM. This will give you the average revenue earned per thousand impressions of the ad campaign or placement.

Let’s say you have an ad campaign with a cost of $500 and it generates 10,000 impressions with a CTR of 10%. To calculate the ECPM, we can follow these steps:

ECPM is a crucial metric for advertisers and publishers to understand and optimize for maximum profitability. By taking into account the cost, number of impressions, CTR, ad format, and targeting, you can calculate the ECPM of your ad campaigns and placements and make informed decisions about your advertising strategy. Understanding and effectively utilizing ECPM can help you achieve your business goals and maximize your return on investment.

« Monetizing Your Recipes Website: A Comprehensive Guide
Native Advertising: Understanding the Benefits, Drawbacks, and How it Works »