Ad networks and ad exchanges are both prominent parts of digital advertising. They both compile ad space from publishers and sell it to advertisers.

Both can be integrated with DSPs and SSPs, enabling advertisers to create and manage perfect ad campaigns and publishers to create the most fitting experience for themselves.

Despite their similarities, ad networks and ad exchanges have distinct functions in the programmatic ecosystem and operate differently.

In this article, I’ll outline key differences between the two to clear the confusion and help you decide which is best for you.

Publishers often connect to multiple ad networks. For them, ad networks are a way to sell any inventory that isn’t sold directly to advertisers. 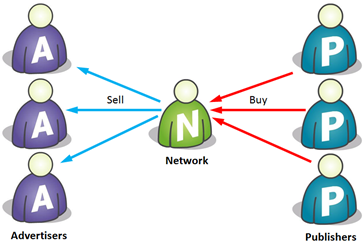 Ad exchanges act as an online marketplace where advertisers, publishers, agencies, ad networks DSPs and SSPs can buy and sell their ad inventory, without any intermediate.

Ad exchanges use real-time-bidding technology to run auctions and sell inventory to the highest bidder based on impression-by-impression. 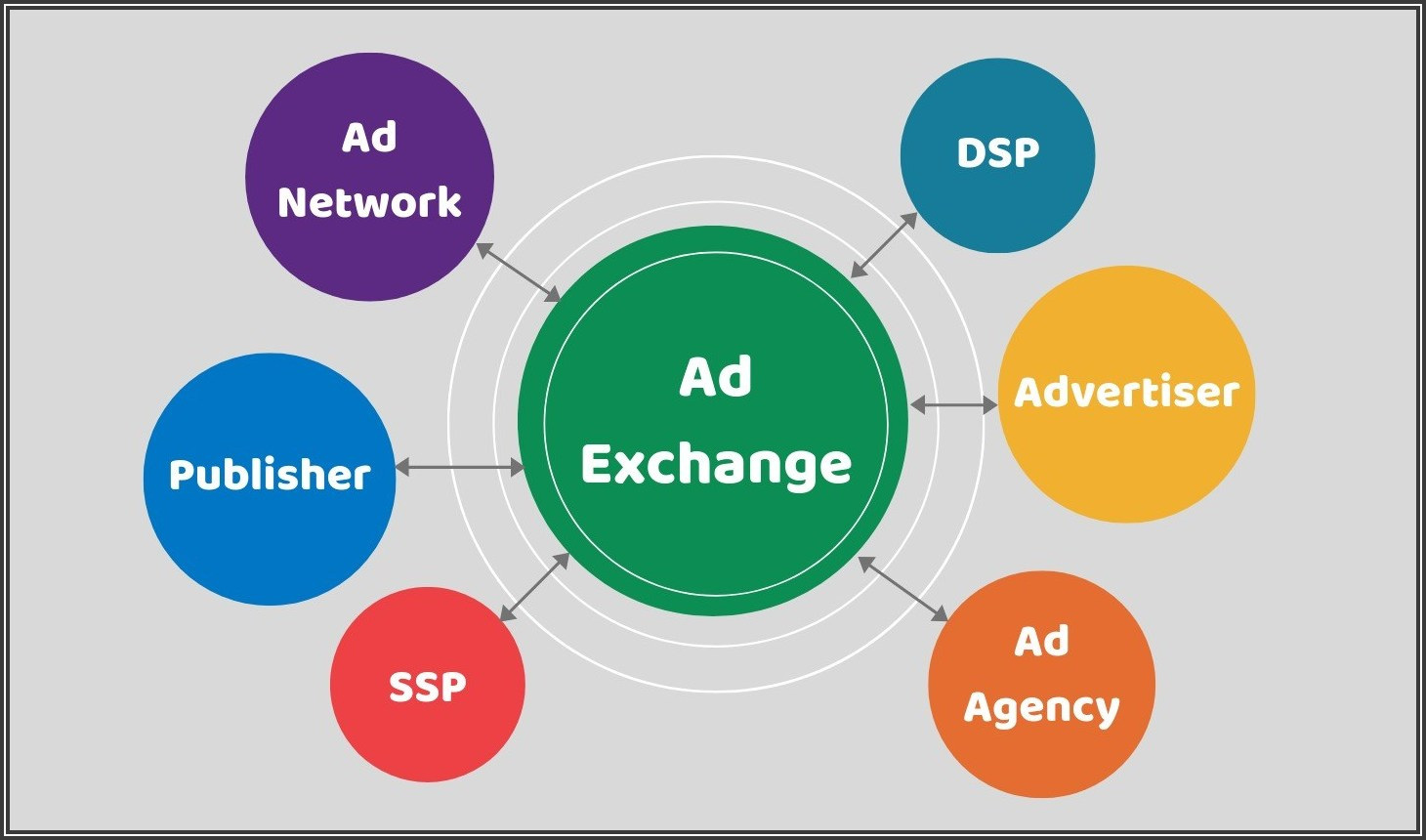 What’s the difference between an ad network and an ad exchange?

Think of an ad network as a supermarket. The advertiser is the shopper, he can get different kinds of goods, aka ad inventories, from a single place. The supermarket takes a fee for the sales, not all of the money goes to the suppliers – the publishers.

On the other hand, an ad exchange is more like the NYSE where stocks are bought and sold. Publishers are selling their ad inventory in an auction environment to advertisers. And advertisers bid and buy that inventory in real-time.

The easiest way to put it would be that ad networks filter out inventory from publishers according to specifications and targeting options, selling it on to advertisers. Whereas ad exchanges merely provide a platform for the transactions to transpire between the different users.

While they may still seem similar, ad networks and ad exchanges are actually different systems entirely. You only have to take a look at the pricing. Ad exchanges utilize real-time bidding (RTB), which revolves around the competition. In contrast, ad networks use negotiations that rely on specific media inventory.

The key differences between ad networks and ad exchanges are:

Ad network: Inventory cost remains stable, as it’s determined by an ad network. The ad network aggregates inventory from publishers and then sells it to advertisers so they can earn a percentage, meaning prices can be higher. Publishers have less control over pricing and inventory optimization.

Ad exchange: Inventory cost is flexible, as it’s based on the bids coming from advertisers during a real-time bidding auction. Publishers and advertisers collaborate directly and choose from an open pool of options ranging in price.

Ad network: Transparency in ad networks varies largely depending on the network. At some, advertisers don’t know which websites serve their ads. Publishers don’t know what companies buy their inventory. Others show and allow visitors to choose and block specific advertisers/publishers.

Ad exchange: Transparency is very high thanks to it not being a company, but more of a marketplace. Both parties are aware of the transactions. Pages on which ads are served sometimes can be tracked too. Some ad exchanges allow advertisers to see competitors’ bids.

How does it function?

Ad exchange: The marketplace offers an open pool of various inventory. An ad exchange is based on an impression-per-impression trade. Ad impressions are sold in real-time through a software application.

There are a lot of ad networks available, so it can be easy to get lost trying to find the right one. That’s why we put below a list of some of the best and most common ad networks for advertisers and publishers:

There are numerous ad exchanges for publishers and advertisers to connect to. These are some of the biggest ones:

So, which is better – ad network or ad exchange?

If you’re new to online marketing and monetization, ad networks are a great place to start. They offer dedicated support for both advertisers and publishers, making the advertising process simple and easy. Despite its limitations, ad networks are more than enough for most publishers and small-business advertisers.

For the more sophisticated, marketer with a larger budget or a big, well-resourced publisher – ad exchange might be a more beneficial choice. Ad exchanges are a great way to maximize the value of their remaining inventory while maintaining more control over their ad inventory through advanced features. Success with ad exchanges depends on your business/website size, traffic, and technical expertise, among other factors.

Nowadays, ad networks and ad exchanges co-exist as fundamental parts of the advertising industry. Almost all advertisers use a blend of both to ensure they reach the widest audience.

« Use Heat Maps To Increase Content Performance (Affiliates and Publishers)
DSP and SSP – What’s The Difference? »