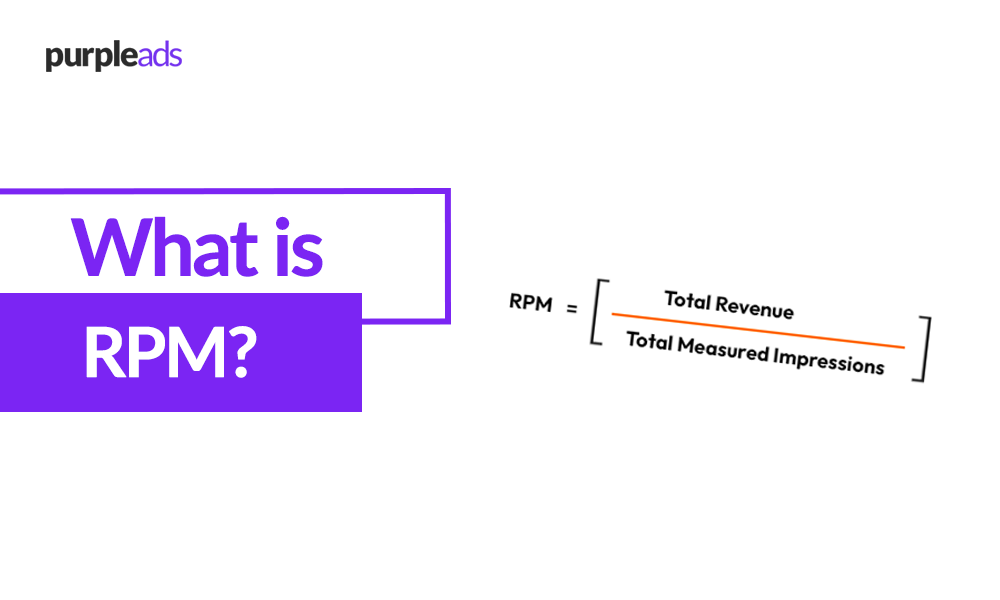 RPM, or revenue per thousand impressions, is a key metric used in the advertising industry to measure the effectiveness of ad campaigns. It is calculated by dividing the total revenue generated by an ad campaign by the number of impressions the ad received, and then multiplying the result by 1000. In other words, RPM represents the amount of money that an advertiser earns for every 1000 impressions their ad receives.

As digital advertising continues to grow in popularity, understanding and optimizing RPM has become increasingly important for advertisers looking to get the most out of their ad spend. In this article, we’ll delve into the details of RPM and explore the various factors that can affect its value.

How RPM is Calculated

As mentioned earlier, RPM is calculated by dividing the total revenue generated by an ad campaign by the number of impressions the ad received, and then multiplying the result by 1000. Let’s take a look at an example to better understand how this works.

Imagine that an advertiser runs an ad campaign on a website that reaches a total of 100,000 impressions. The campaign generates a total of $1000 in revenue. To calculate the RPM for this campaign, we would divide the total revenue ($1000) by the number of impressions (100,000) and multiply the result by 1000. This would give us an RPM of $10.

It’s important to note that RPM can be calculated for individual ads, ad campaigns, or even entire ad networks. Advertisers can use RPM to compare the effectiveness of different ad campaigns or ad networks, and to determine which ones are generating the most revenue per impression.

There are several factors that can affect the RPM of an ad campaign. Some of the most important ones include:

Another way to optimize RPM is by selecting the right ad placement. Advertisers should aim to place their ads in prominent, visible locations on websites or other platforms to increase the chances of them being seen and clicked on. In addition, advertisers can experiment with different ad formats to determine which ones work best for their campaigns and target audience.

RPM is a key metric for measuring the effectiveness of ad campaigns and is critical for advertisers looking to get the most out of their ad spend. By understanding how RPM is calculated and the various factors that can affect its value, advertisers can optimize their ad campaigns and increase their revenue per impression. Whether you’re new to advertising or an experienced pro, keeping an eye on RPM and using it to optimize your ad spend can help you achieve better results and drive more value from your advertising efforts.

« What is a Consent-Management Platform (CMP) and How Does it Work?
A Comprehensive Guide to Video Advertising: In-Stream vs Out-Stream Formats »